We have here in Aus. a so called ‘National sport’ otherwise referred to as ‘Footy’
It is usually played in the spirit of fairness and blunt force. A game for people wanting to express their skills in a physical kind of way combined with skill quite un-like any other kind of football.

There is required with ‘Footy’ agility and robustness. No place for the faint-hearted and equally, no place for the cheaters. Because of the physicality , those seen to be offending the accepted rulings of the game and society for that matter, have in the past been ‘sorted’ by opponents. Thankfully we have moved on from such brutality but the essential understanding of fairness still remains. “What happens on the field, stays on the field” is the mantra generally pronounced.

My history in football is long. Most of my family played  as did many of the inhabitants of the small town I was brought up in. It was a social game and created many bridges between all social groups. It was also a method by which a small(ish) frame such as my own, could traverse the ever-complex mine field that was ‘Country tough guys’. Thankfully my skill in the game combined with my powers of persuasion saw me through that, but only just.

Footy in “My day” was rude and crude. Put simply it was dangerous but mainly to those of whom were more willing to cheat the system or create mayhem with their physical strength. Also, had there been any incidents in the community involving a player, then that player would come under special consideration for ‘Sorting’ by opponents. As is human nature, team mates on either side would support the actions of the prosecutors or the defendants.

The up-side to Footy remains huge. Anyone can have a go,male or female, large or small there is a place for all, as it should be. Community Clubs still remain the backbone of social cohesion, providing great opportunities for young people to begin the journey through to adulthood. Not all people want to be part of Footy and this is true of any sporting activities. However the essential similarity remains clear,ie; we integrate into society through bridge building and our own way of doing this, is the one which is right for each of us.

I have published a picture of my Great Uncle, who captained a local Footy team many years ago. Handsome I know and look at the gear. The demeanor portrayed belies the strength of character and toughness by which my Great Uncle was renowned. In other words, gentleness doesn’t come into it should you want to be Captain of a Footy Team.

Footy has moved on in Aus. and although it still represents the tribalism of the past and provides, ironically, social cohesion; there have been other forces at work which combined are causing concern for the community.

As is the case with many contact sports, injuries to the head are becoming well documented and present themselves to be the single biggest challenge to the modern game. No-one wants their son or daughter to become brain-damaged by playing what is called a game. The changes being addressed to physical contact sports are well supported and generally accepted by the public in what is a difficult dilemma. Rule adjustments,whilst seemingly un-necessary, are playing their part in countering the dangerous side of these sports.

Sport has often been defined as ‘Building character’. My preference in defining sport is to use the term “Shows character”, but who are we to judge. In the rawness of playing and viewing a game such as Footy, it is easy to convince oneself of knowing a person simply by seeing how he or she performs on the field. To this end, characters of the game are often known as such simply by their ungainly style. We make our assumptions based on animal prowess of needing to decide, friend or foe. A character, once defined, would have difficulty in altering the perception of the crowd thereafter.

This is where things get rather complex.

Crowds have always made their own choices. Cheer when good, quiet or boo! If bad. Simple? Not on your Nelly. The very act of making that simple choice between good and bad has now become one of the biggest issues in Footy for years.

One of our most decorated players of the game is now being booed! Each time he goes near the ball. It is not un-known to boo! great players in recent years, something which to this day confuses me. My own team which I have followed for years has had several best player awards for individuals, but it is only in recent years that the booing! began. Sometimes it is ironic although I may be attributing a little too much cerebral power to what is after all, an eclectic mix of the crowded masses. It seems the crowd has made up it’s collective mind about something.

The most decorated player I refer to is, as it turns out, an Aboriginal Australian. Generally regarded as a great guy with 2 major awards for best player of the competition to his name. He is advanced in Footy years ( early 30’s) and is in the throws of retirement. What has confused all and sundry is the booing of the crowd when this player goes to the ball. He caused a rule to be changed after his sliding method was deemed dangerous, but that was years ago. He has had some on-field encounters with patrons calling him names and racially vilifying him. He has done nothing out of the ordinary and simply does not appear to deserve the crowd’s scorn. But scorn they will.

Everyone has an opinion on the booing which is taking place. However one of the opinions, shared by many, is that this is a racist attack by a crowd upon the Aboriginality of the player. This is extraordinary not just by what it represents but by how much the “Crowd” has moved from being a fair representative of social opinion, to a biased,racist group of mean people. How is this possible?

I think the whole situation is a lot simpler than what is being portrayed. The player in question represents a strong forthright character within the game of Footy and, being a former Australian of the Year, within the community generally. Whilst the booing seems racist and at the very least bullying, I believe the player is still held fondly in the hearts of most Australians. The booing is like a schoolyard chant and as such is dragging people into it. The naïve crowd is following the leader. But there is a basic reason this is happening and it has nothing to personally do with the player. Rules have changed so much within the game and the control of the match is now governed in a manner by which people are less inclined to be supportive of something which represents school to them. No wonder they act like school children and boo!

I look forward to the days in the future where sport will be played in the spirit of competition. Where competing is actually appreciated and if a crowd likes the proponents of the game, they will cheer. I look forward to simple times where there is no need to have an ulterior motive to sport other than to get out and have fun. 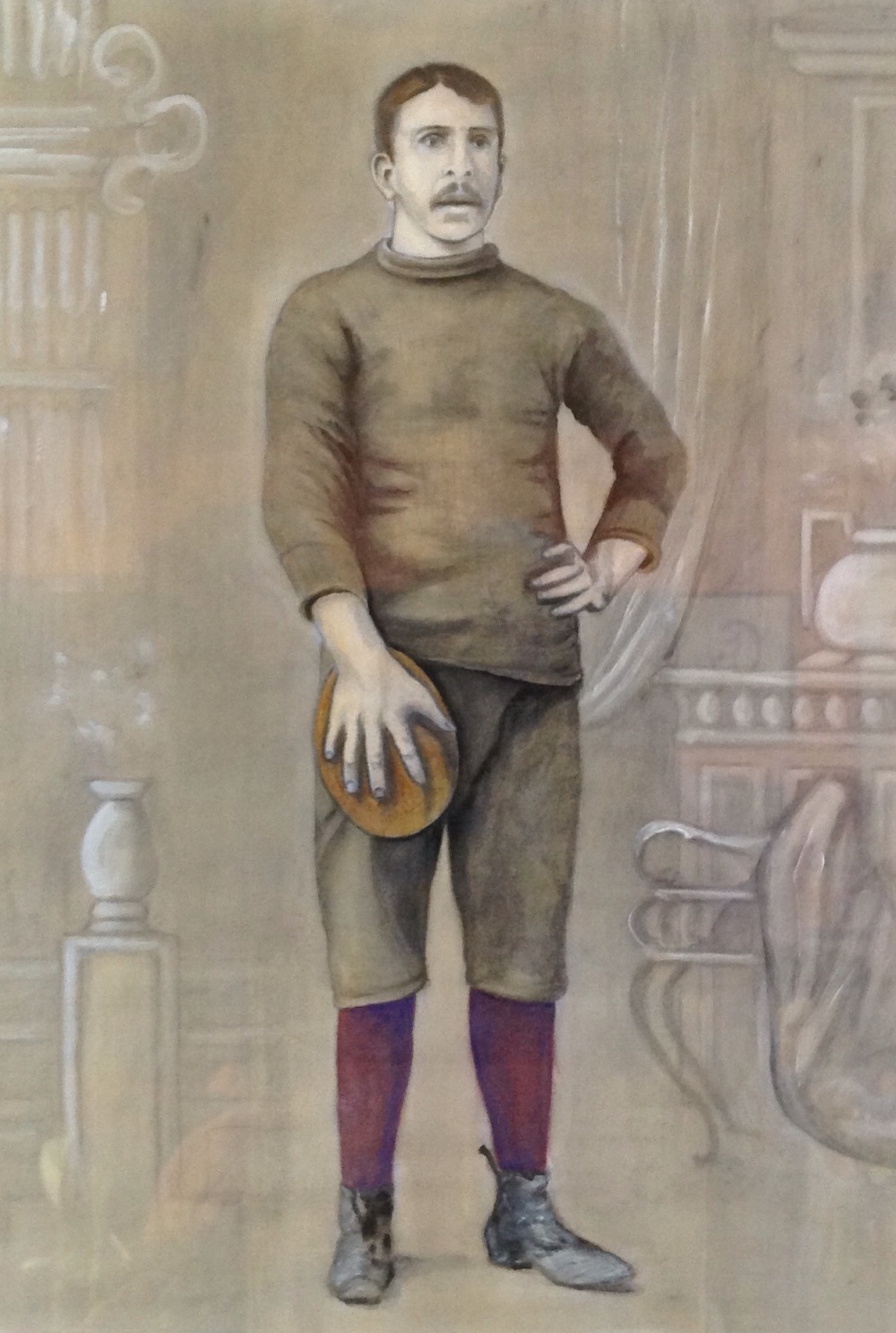 I am an Artist and Interior Designer. My love of music, poetry and writing has given me immense pleasure as has painting. It is my endeavour to present an on-going catalogue of my painting through Wordpress and Instagram.
%d bloggers like this: